Karen over at Unpack the Box recently marked her sub box blogiversary with a list of things no one warns you about before beginning a subscription box blog. Or becoming a subscriber. Period! I have my own list of embarrassing tales to tell and am therefore piggybacking on Karen’s post. Here it is:

10. You’ll become a hoarder. Plain and simple. Don’t bother telling people you are some upscale prepper, savvy shopper or doing it for your readers. They won’t believe you. And neither will you.

9. People at the post office will talk about you. Just tell them you are doing your part to keep the postal service going. (They won’t believe you either, but it’s worth a shot.)

7. You may need a sponsor. Or a credit card warden. Or both.

6. The garbage men will talk about you, too.

5. You need to learn FOMO Judo ASAP. You will be tempted to buy boxes you really don’t want out of Fear of Missing Out (FOMO). Fight the FOMO!

4. You will wonder who ever invented this shredded black paper packing stuff. And why is every box using it? It’s evil. Wear gloves. And unpack those outdoors. In grubby clothes.

3. The hardest/easiest thing you’ll ever need to do is be different. (Now how’s that for advice? Good stuff there.)

1. Know that if you buy a subscription for your husband in hopes of softening the blow of the sudden onslaught of merchandise, you will have to listen to, “where’s mine?” every time a box arrives from here to eternity. You will also have to compare who gets more boxes, who gets better boxes and try to explain why there are not more good men’s boxes on a regular basis.

You’ve been warned! But on the upside, blogging is always an awesome gig. I have several and have been doing it a long time. Set boundaries. Enlist that sponsor. Make friends. Have fun!

Are you a sub box blogger? What do you wished you had been warned about? 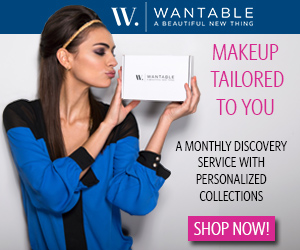